After much planning, much speculation and full-bodied announcements, it was on October 29, 2018, that Istanbul’s new airport was inaugurated.

The date was chosen, because it also was the 95th anniversary of the proclamation of the Turkish Republic by Gazi Mustafa Kemal Atatürk. For the inauguration, of course, the Acting Turkish President was personally present.

The first scheduled flight took place on October 31 to the Turkish capital Ankara, it was operated by a Turkish Airlines Boeing 777-300ER, the largest aircraft operated by the flag-carrier. Until December 30, Istanbul’s new airport will operate limited operations. The following flights to and from ISL, Istanbul’s third airport, will be carried out:

It is planned to move all current operations at Istanbul Atatürk Airport, or IST (currently the largest airport in Istanbul), to the newly opened airport, often referred to as ‘Istanbul New Airport’, on January 1st, 2019.

The construction costs are estimated to be around $ 12.5 billion. In the first expansion phase, which will be completed by the start of next year, the total capacity will already be around 90 million passengers per year. If the airport operated at full capacity, it would already be the third largest one in the world, after Atlanta and Beijing. After full completion of a second terminal and an expansion of the first one, Istanbul Airport will be able to handle 150 to 200 million passengers a year, making it the largest airport in the world. As of right now, the airport has four parallel runways. It is planned to more than double that number until Istanbul New Airport operates at a capacity of 150 million passengers.

The airport is not undisputed, on one hand from a financial point of view, on the other hand because of reports of several deaths due to lack of safety precautions on the construction site.

After a 45 minute flight from Izmir, our flight landed as planned. Taxi to the current terminal took about 10 minutes. Construction activity can be seen everywhere, you can see cranes, construction vehicles and workers. There is a lot of activity on the whole area of the not-yet finished airport. The apron, the tower and most importantly the terminal are impressive in their dimensions. We left the plane at gate G2 and in the building, the amazement was great. A terminal whose end can not be seen in any direction.

You arrive upstairs, from where you can take the lift or escalators to the basement, where the baggage claim is located. There is an architectural fun to be found here, in the halls of the baggage claim area there are “hammam” -like domes, and if you just speak loud under such one, you will hear an echo. Give it a try. Then it goes to the exit, where there are small shops and bistros (currently only one in operation) and from there to the terminal forecourt. There is a multi-storey and spacious parking garage and also a mosque under construction.

On the ground floor, behind the security checks at the entrance (as at all Turkish airports), there are check-in counters for departure. Here, too, everything is gigantic, extremely spacious but quite well sorted. The counters A-F are for domestic and G-S are for international departures.

The interior design is also very successful and beautiful, but not extraordinary. The international ticket hall is a bit different, so you can look down at the baggage claim area for example and the area behind the passport controls is extravagantly designed. Shops and bistros (currently only one or two open) are located in the ticket halls. At the entrances to the departure halls there are again security checks and on the way to the gates there are more shops and bistros, even these only in minimal operation. The gates are easy to find and are located one floor lower. The departure halls are very spacious and there are treadmills. Carpeting is laid in front of each gate. And there are plenty of seating options available. Both the ticket halls and the gates have specially designated seats for disabled passengers. Some of the seats infront of the gates provide free sockets and USB ports. The boarding is standard as everywhere and works without any problems. Taxiing from the terminal to the runway lasted 5 minutes longer than on arrival, but all in all from pushback to takeoff smoothly.

The new Istanbul airport is a giant but controversial prestige project for Turkey. Modern and Anatolian tradition united in its architecture. Bright and spacious. So far, the construction phases are almost on schedule and everything else makes a successful and modern impression. Turkey is demonstrating how to implement a gigantic construction project without any major delays and is preparing to open the world’s largest airport on schedule. A huge hub between Orient and Occident, giving Turkish Airlines finally the opportunity to better compete with Emirates, Etihad or Qatar Airways, who stole a significant share of transfer passengers between Europe, the middle east and Asia, in the last decade.

Little downer for aviation enthusiasts: at the current Terminal, there is neither a visitor terrace nor otherwise any way to observe the action on the apron, without being a passenger yourself. Maybe that will come with the other yet-to-be-built terminal. But the new Istanbul Airport is definitely worth a visit or arrival/departure. 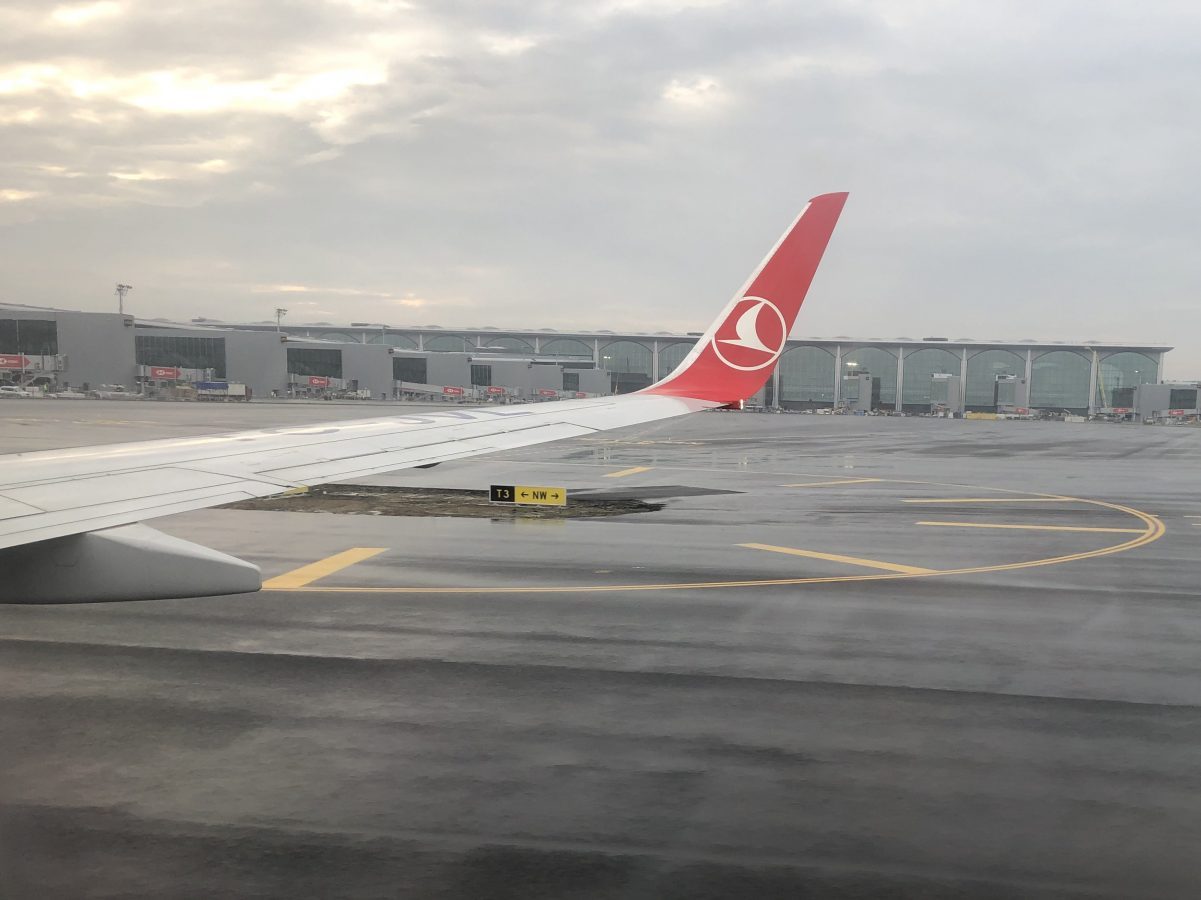 Arrival ‘highway’ once you get out of your aircraft 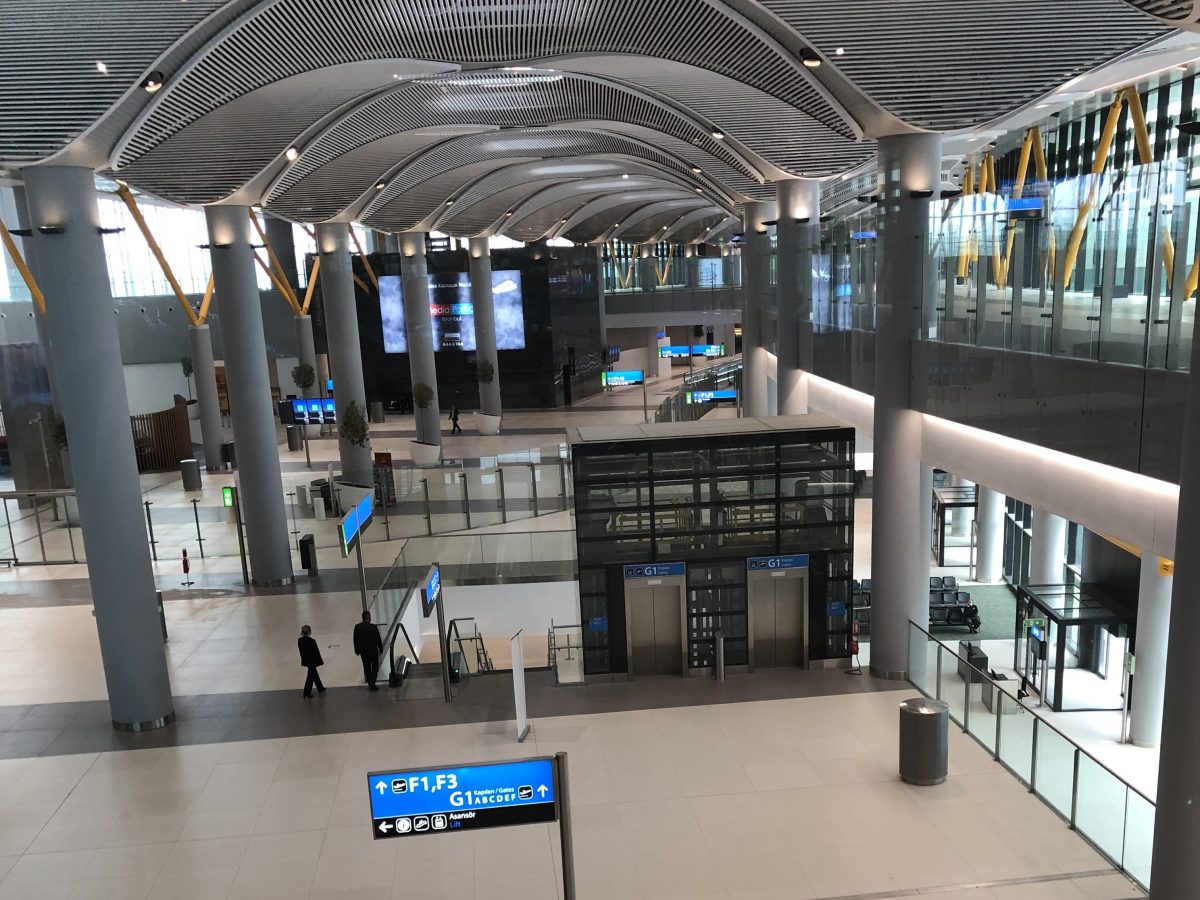 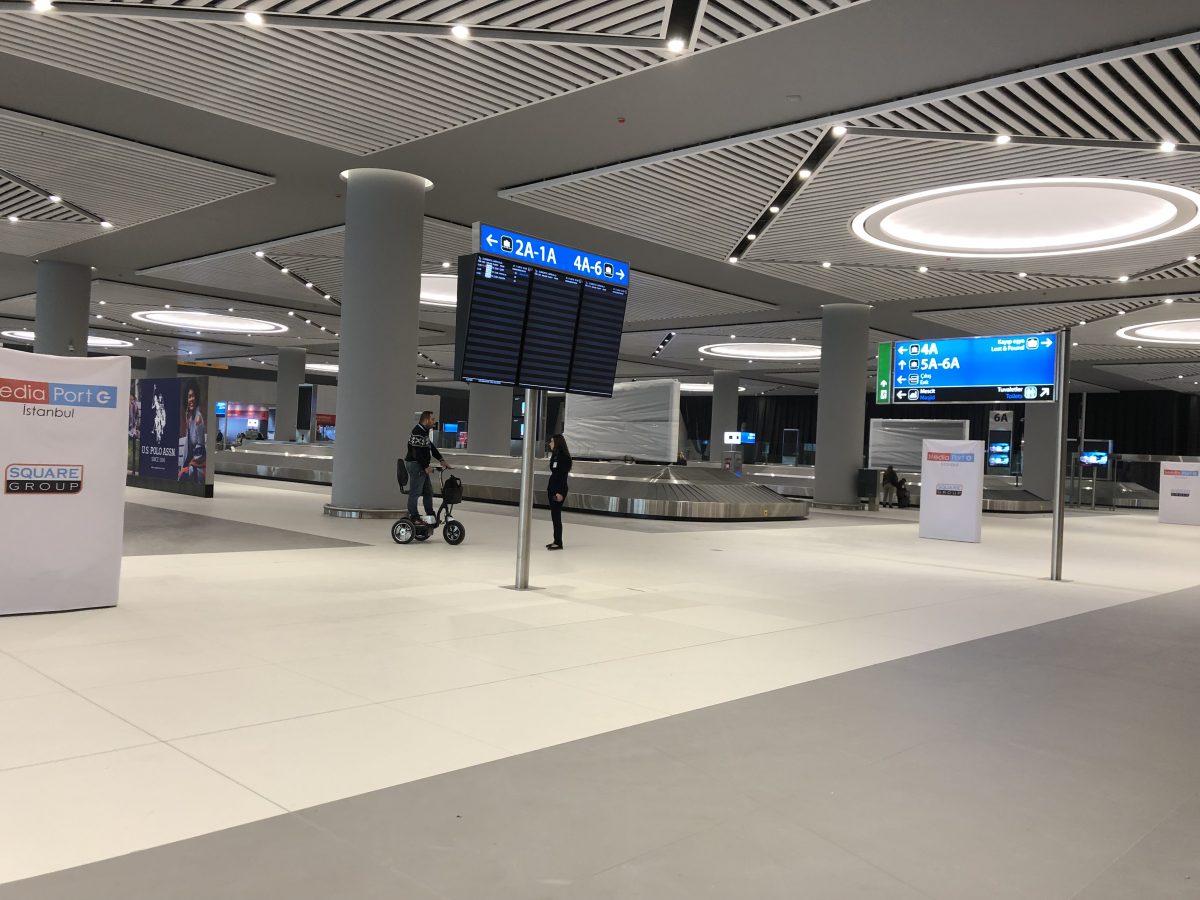 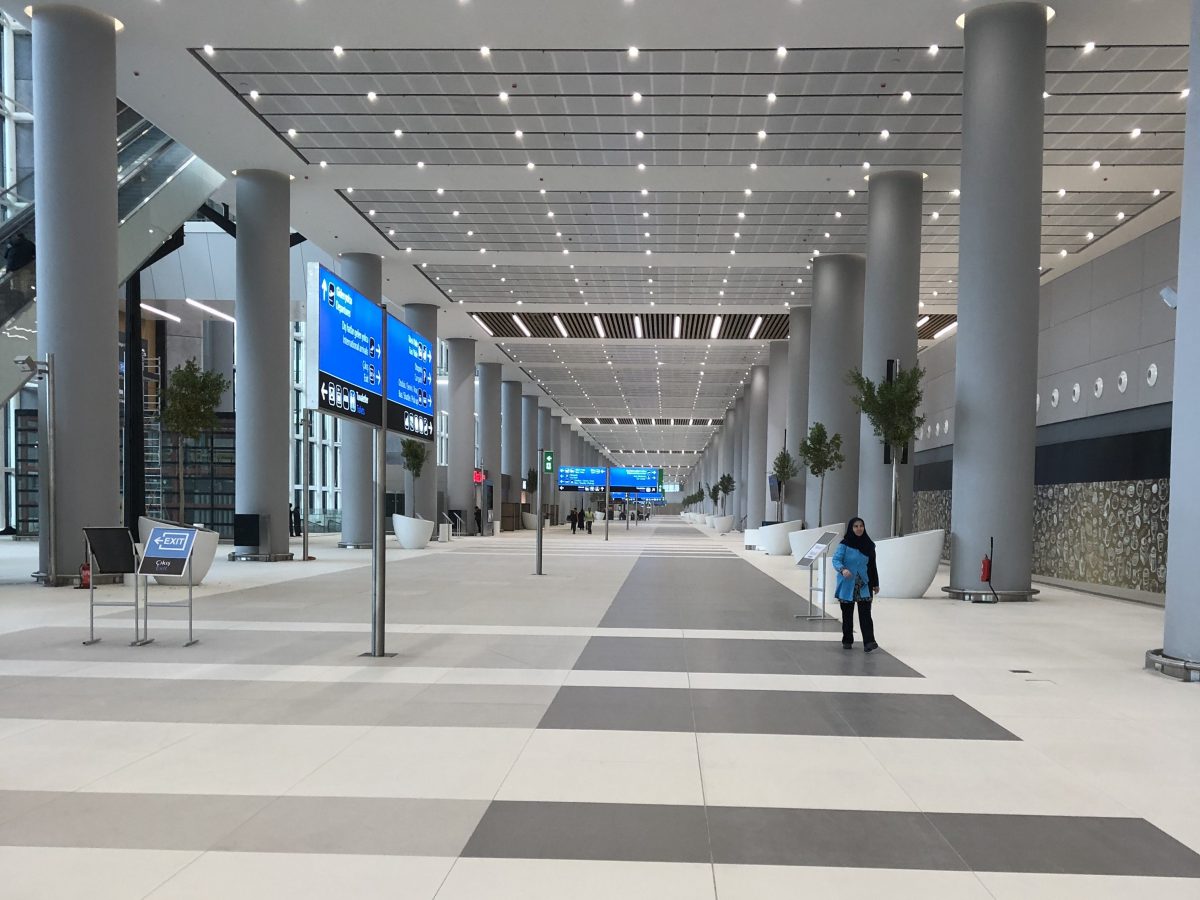 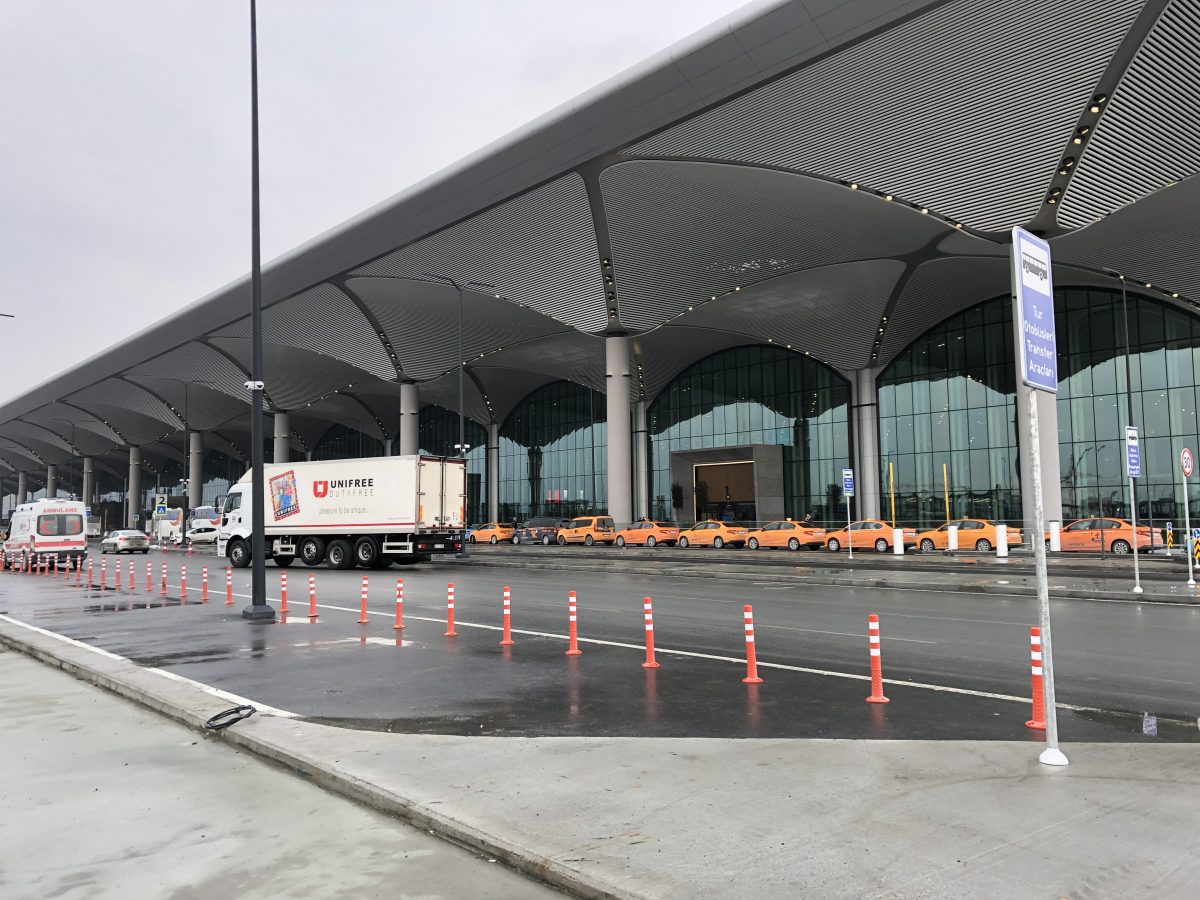 Terminal from the outside 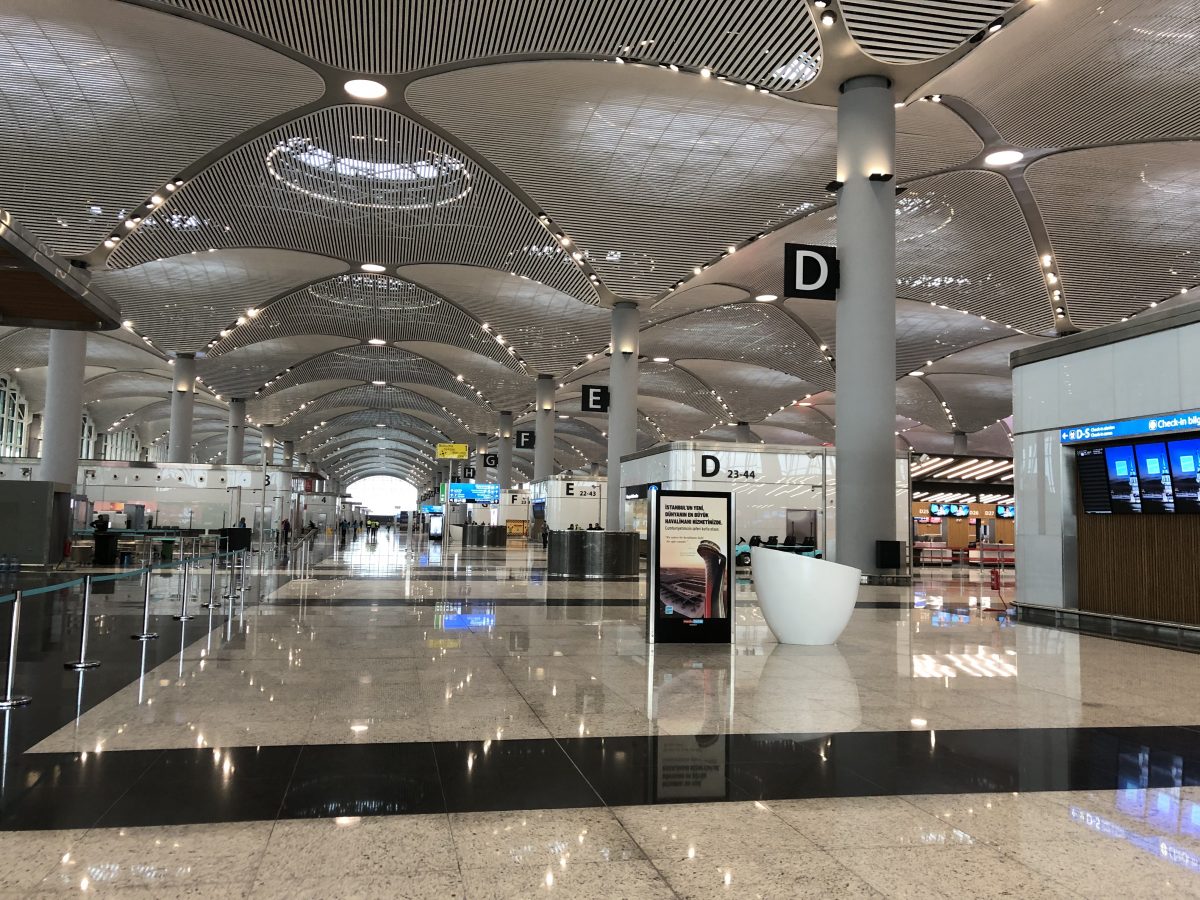 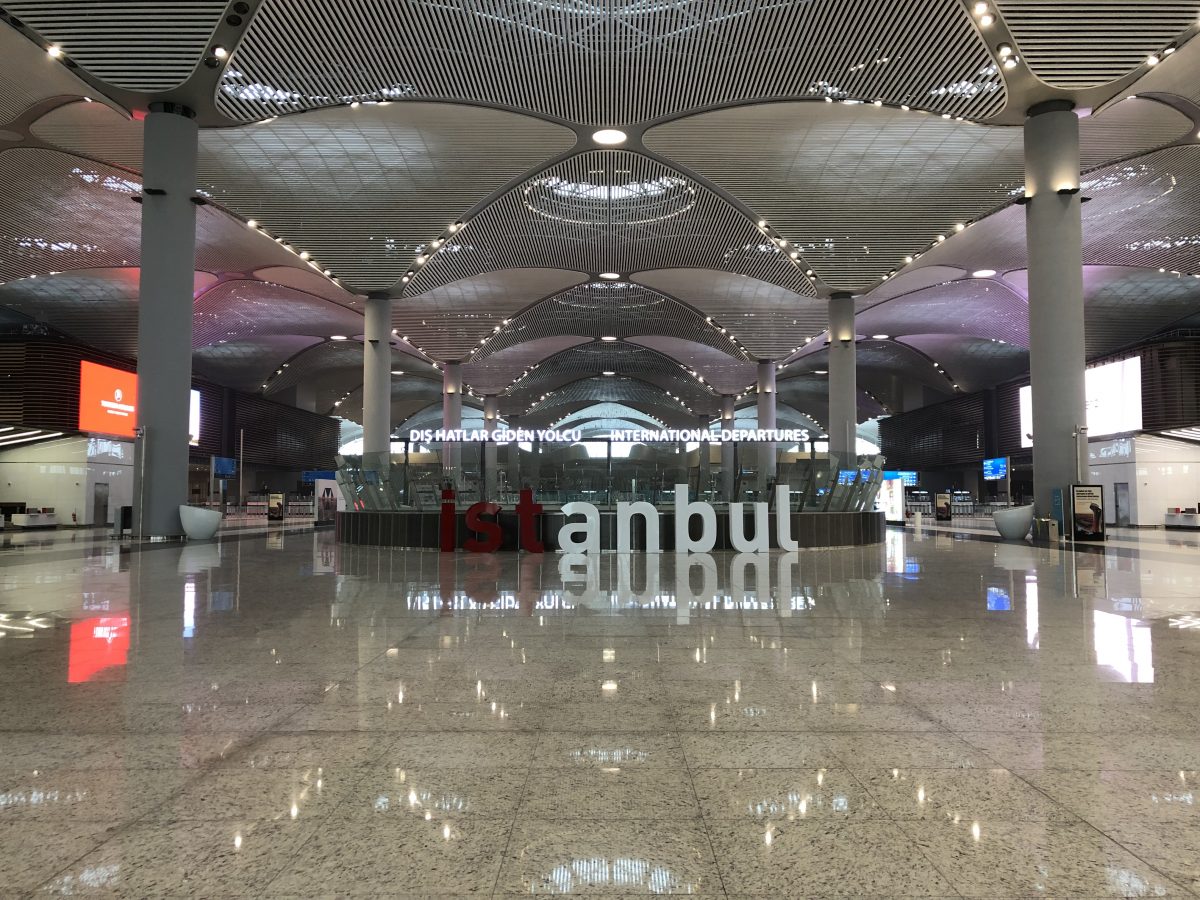 Middle of the international departure area 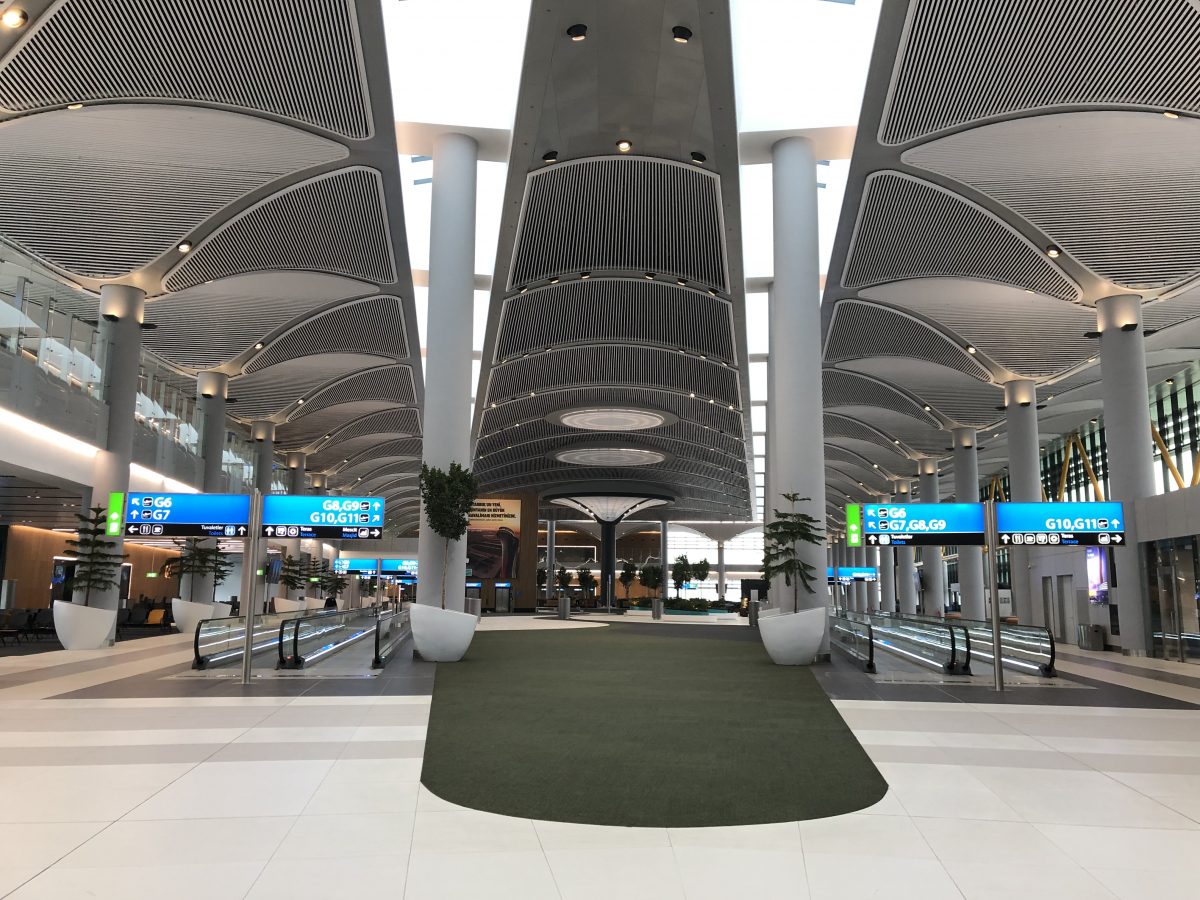 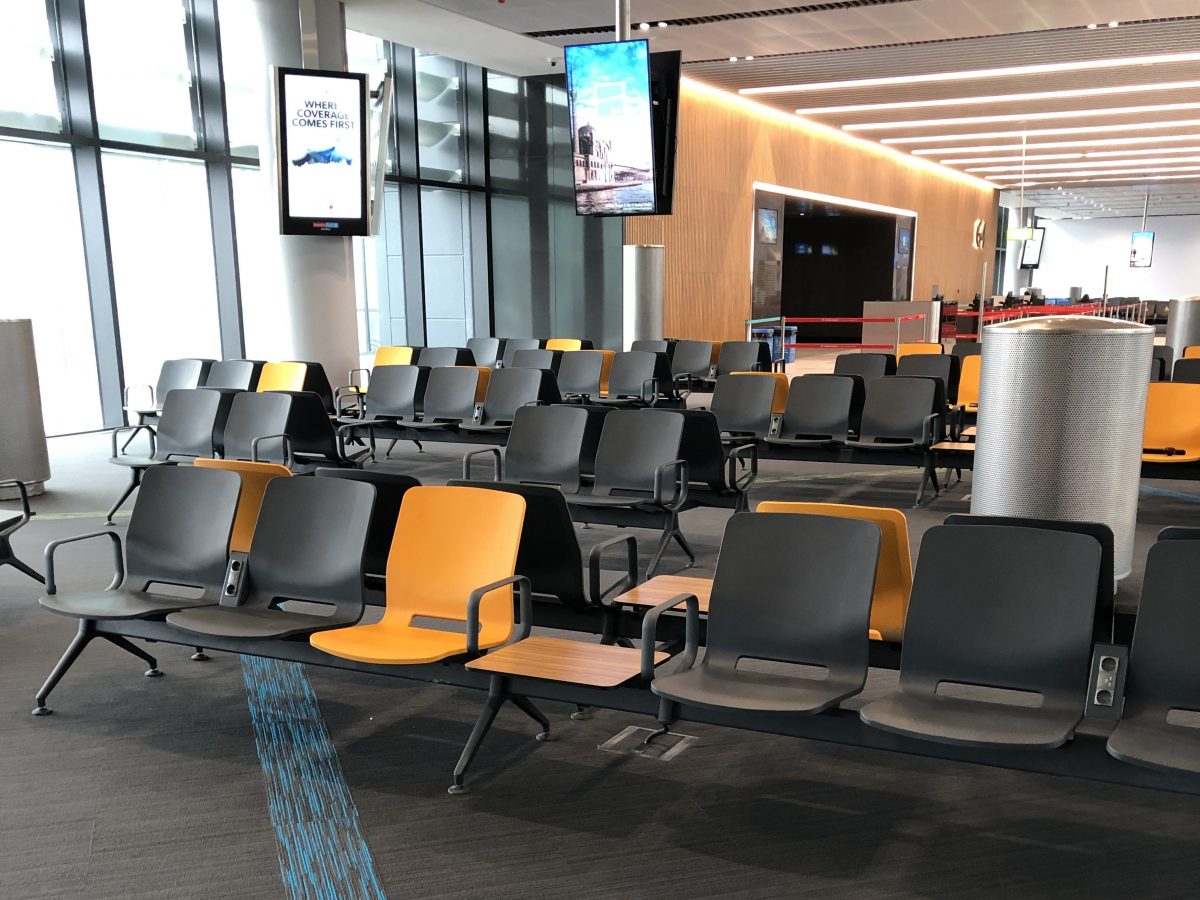 Waiting area at the gates

Umut is an Aviation Industry Expert. He’s an Opinion Contributor and the Turkey correspondent for International Flight Network.

Ryanair to close its base at Frankfurt Airport

European low-cost carrier Ryanair has announced that it will close its base at Frankfurt Airport at the end of March. All flights to and from the German hub will be cancelled from … [read more]

Air France-KLM has signed a firm order for 100 Airbus A320neo family aircraft, to be delivered to KLM and its subsidiary Transavia. The order consists of both A320neo and A321neo, and includes … [read more]

Airbus delivers last ever A380 to Emirates

Emirates has taken delivery of the very last newly built Airbus A380 aircraft on Thursday, December 16. After a low-pass over the Airbus production site in Hamburg, the A6-EVS registered aircraft continued … [read more]

Copyright © 2018-2022 International Flight Network (IFN) | Using content from IFN.news without permission is forbidden. Everything posted on this website is for information purposes only.